The store will not work correctly in the case when cookies are disabled.
×
Menu
Account
Settings
Currency
USD - US Dollar

WHO ARE THE MARIANS?

The Congregation of Marian Fathers of the Immaculate Conception of the Most Blessed Virgin Mary is a religious community of consecrated priests and brothers in the Roman Catholic Church. In America, the members of the Congregation are perhaps best known for their work promoting the message of Divine Mercy from Stockbridge, Massachusetts. They are also known for their devotion to Mary Immaculate, dedication to praying for the poor souls in Purgatory, and active service to the Church. 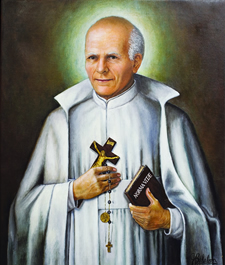 The Marian Congregation is unique in that it has not only a Founder, St. Stanislaus, but also what the Marians call a “Renovator”: Lithuanian-born Blessed George Matulaitis.